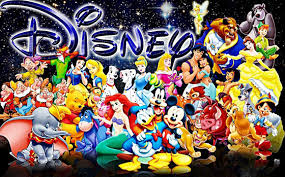 Disney exemplifies the relationship between humans and animals through a source of inspiration and fantasy.  It transports us into a magical world free from the everyday stresses of reality.  However, the use of animals in Disney movies, has incorporated anthropomorphism; that is attributing human characteristics and behaviours to an animal or object.

The study of movement and animals was encouraged by Disney.  Many of the Disney characters were created through the artist getting closer to nature; having to observe the animals anatomy, their movement.  This included animals being brought into the studio as well as being observed in zoos and the wild (Anthropomorphism in Disney Movies Film Studies Essay 2015).  However, as Steven Watts describes, it was the interaction between animal characteristics and human personality, attitude, emotions and behaviour that saw, what he terms, ‘personality animation’ come to life (Anthropomorphism in Disney Movies Film Studies Essay 2015). 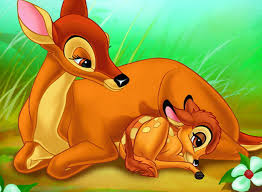 A particular Disney movie that showcases perhaps more animal like features than others, is Bambi.  Bambi shows no human characters at all and portrays humans as “dangerous off screen creatures” (Leventi-Perez, 2011).  The animation of Bambi is more realistic, with the film focusing more so on the natural habitat of deer and woodland life.  However, human attributes are nonetheless present, through Bambi’s quest of self discovery, the reoccurring motif of the importance of family as well as the many love stories that emerge with the different animal characters.

Another Disney film that exemplifies the use of anthropomorphism is Beauty and the Beast.  Although there aren’t animals as such in this film, human like characteristics are given to objects such as Featherduster, Mrs Potts, Cogsworth, Lumière and of course, my personal favourite, Chip.  Mrs Potts and Chip highlight the family concept, whilst Lumiere is depicted as a romantic Frenchman.  Audiences cannot help but love Mrs Potts for her nurturing personality and motherly advice, whilst Chip is like a young child, eager to learn and explore.  This is a great example of how different human traits given to objects allows us to connect and relate to the characters.

It is thus evident that Disney went beyond giving animals human attributes by also instilling “gendered, racial, ethnic and classes categories” (King et al, 2010). Interestingly, Artz (2002) suggests that Disney’s Sleeping Beauty was not a huge success due to the lack of anthropomorphised nonhuman animal sidekicks as this adds appeal to young viewers as well as comic relief for older audiences.  Perhaps this is why the upcoming Disney movie Zootopia is specifically about anthropomorphised animals.

It also further highlights that we as humans empathise with animals perhaps more so than we do with humans in films.  Despite this, it is without a doubt that Disney’s inclusion of human traits in animals has been scrutinised as they possess social and political realities which influence and condition audiences.